Congratulations to Kansas’s Leo Delperdang, 2021 Legislator of the Year 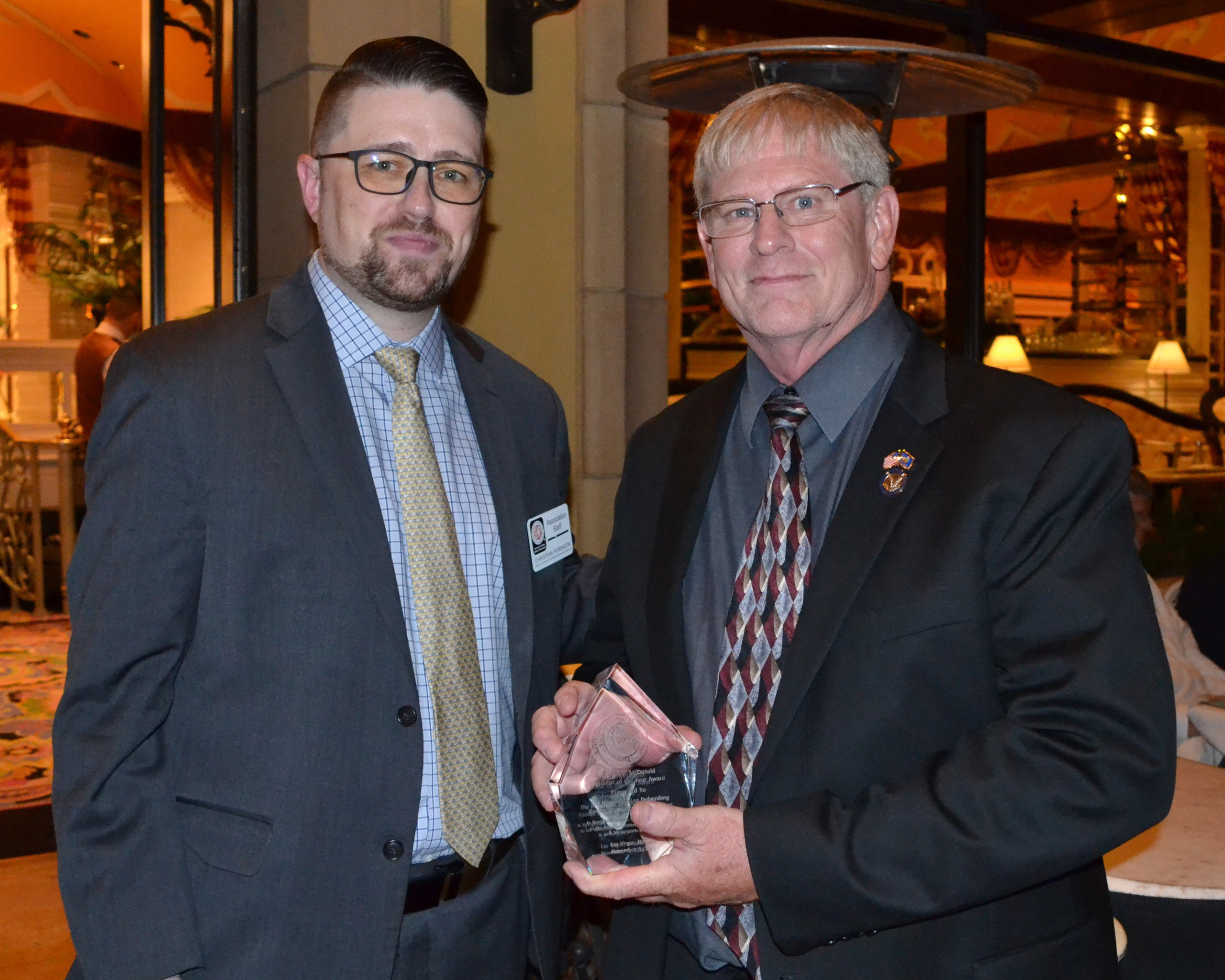 Kansas Representative Leo Delperdang (right) was recognized for his efforts in the Kansas legislature to promote policies and legislation that support the automotive hobby. During the 2021 SEMA Show, Representative Delperdang accepts his award from SEMA's Christian Robinson (left) at a gathering of fellow members of the State Automotive Enthusiast Leadership Caucus.

Kansas Representative Leo Delperdang was introduced as the annual winner of the Stephen B. McDonald Legislator of the Year award at the 2021 SEMA Show. Representing the 94th District, Representative Delperdang was recognized for his efforts in the Kansas legislature to promote policies and legislation that support the automotive hobby.

Representative Delperdang is proudly counted among the over 700 pro-hobby lawmakers comprising the SEMA-supported State Automotive Enthusiast Leadership Caucus and has routinely demonstrated his commitment to the industry. The award is bestowed to the state lawmaker who has gone above and beyond to support the industry in their home state and was named for SEMA’s late Vice President of Government Affairs Stephen B. McDonald, who was the driving force behind the founding and growth of the Caucus.

Representative Delperdang most recently championed an effort in his home state to restore order to vintage vehicles eligible for antique registration. Until this year, an antique vehicle was defined by the Kansas Highway Patrol as being “more than 35 years old and as close to the original as possible, without any significant alterations to the major component parts.” The law did not allow the use of non-original materials and did not recognize the limited availability of factory replacement parts. Thus, the overly strict policy prevented the automotive community from lawfully practicing common restoration techniques.

In response, Representative Delperdang authored legislation (H.B. 2165) to remove the unnecessary registration restrictions for antique vehicles. Having quickly passed the Kansas legislature earlier this year, the new pro-hobby law took effect on July 1 with Governor Laura Kelly’s signature. The new law requires only that the vehicle be more than 35 years old, regardless of the type or age of the component parts installed. Kansas now falls in line with other states that allow antique vehicles to be properly defined by their age.

In addition to being a lawmaker, Representative Delperdang is also an enthusiast with a strong interest in the Mopar brand. Rep. Delperdang drives a special-order 2019 Dodge Challenger ScatPack 392 Hemi and is a member of the Wichita Area Mopar Club.

"After following SEMA for years, it's really an honor to accept such a special award at the association’s trade show," said Representative Delperdang. "It’s been even better since this is only my second time attending."

The SEMA Action Network (SAN) congratulates Representative Delperdang on his achievement as Legislator of the Year! We look forward to working with him further on future pro-hobby efforts.

For more than a decade, the Wisconsin Hot Rod Radio program has been a trusted automotive mainstay for many among our community. The show’s formation began rather humbly: “It started with a need to find car shows,” co-hosts Captn’ Bob and Arlo explain. “We bought some time on a local radio station and simply read car show flyers. After a few years, and thousands of car show flyers, we started getting noticed from other car enthusiasts across the globe. Apparently, we made them laugh with our stories of getting lost, troubleshooting car problems and descriptions of the characters we met. Then we were asked by local and national car lobbyists to discuss governmental threats to our car hobby and industries. Our show became the ‘Voice to the Hot Rodder.’ Our mission was to educate and motivate car enthusiasts to act as a collective voice.”

Thankfully, the team at Wisconsin Hot Rod Radio have also been long-time supporters of SEMA’s advocacy efforts. On-air segments about the latest news from SEMA have been generously made with guest appearances by staff throughout the years. Most recently, Captn’ Bob and Arlo hosted an interview with the director of the SEMA Action Network (SAN), Colby Martin. For this round, key interest lied in learning more about several current topics—here is the link. First, context and background surrounding the new SEMA Individual Membership program. Growing concerns in the hobby about the potential phasing out of new gas-powered vehicles were also addressed.

Special thanks to everyone at Wisconsin Hot Rod Radio for the opportunities to reach your growing audience—we’re grateful for all your help with spreading the good word!  Here’s to many more years of enjoying our hobby together…