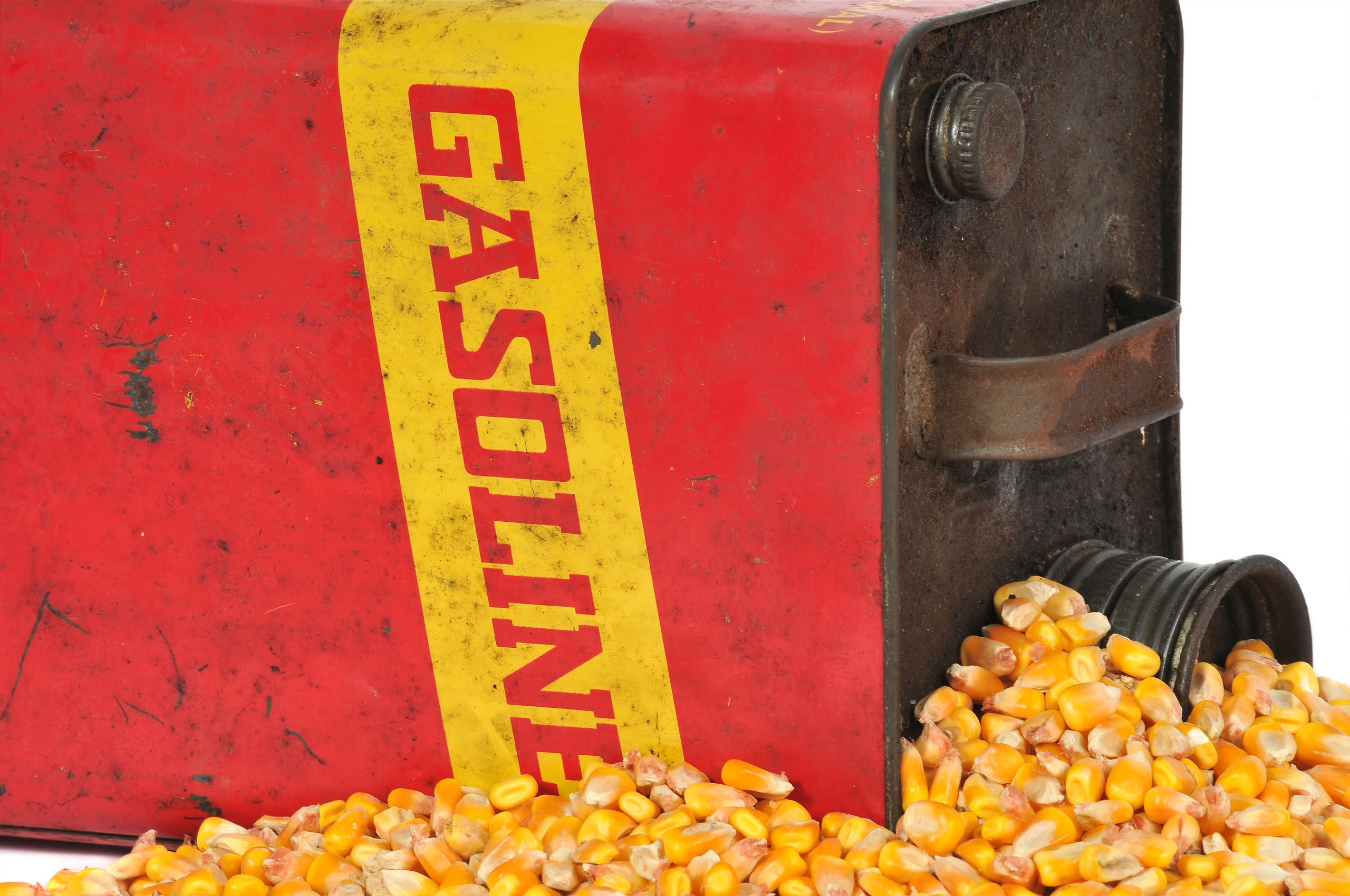 The U.S. Supreme Court will not consider an appeal to permit the year-round sale of gasoline with up to 15% ethanol. Biofuel producers had asked the U.S. Environmental Protection Agency (EPA) to allow year-round sales of E15 for many years, and the Trump Administration issued a rule in 2019 to permit such sales. However, the Biden Administration rescinded the rule in 2021, and the U.S. Court of Appeals for the District of Columbia agreed that the EPA had overstepped its legal authority when issuing the 2019 rule. The Appeals Court upheld the summertime restriction for certain E15 sales.

Prior to 2019, the EPA prohibited the sale of E15 between June 1 and September 15 due to fuel-volatility concerns that higher blends of ethanol combined with warmer temperatures may lead to increased ground-level ozone formation and smog. Ethanol, especially in higher concentrations such as E15, can cause metal corrosion and dissolve certain plastics and rubbers in older automobiles that were not constructed with ethanol-resistant materials and certain specialty high-performance equipment installed on newer vehicles. SEMA opposes the expansion of E15 gasoline as there may not be enough protections to guard against misfuelling. 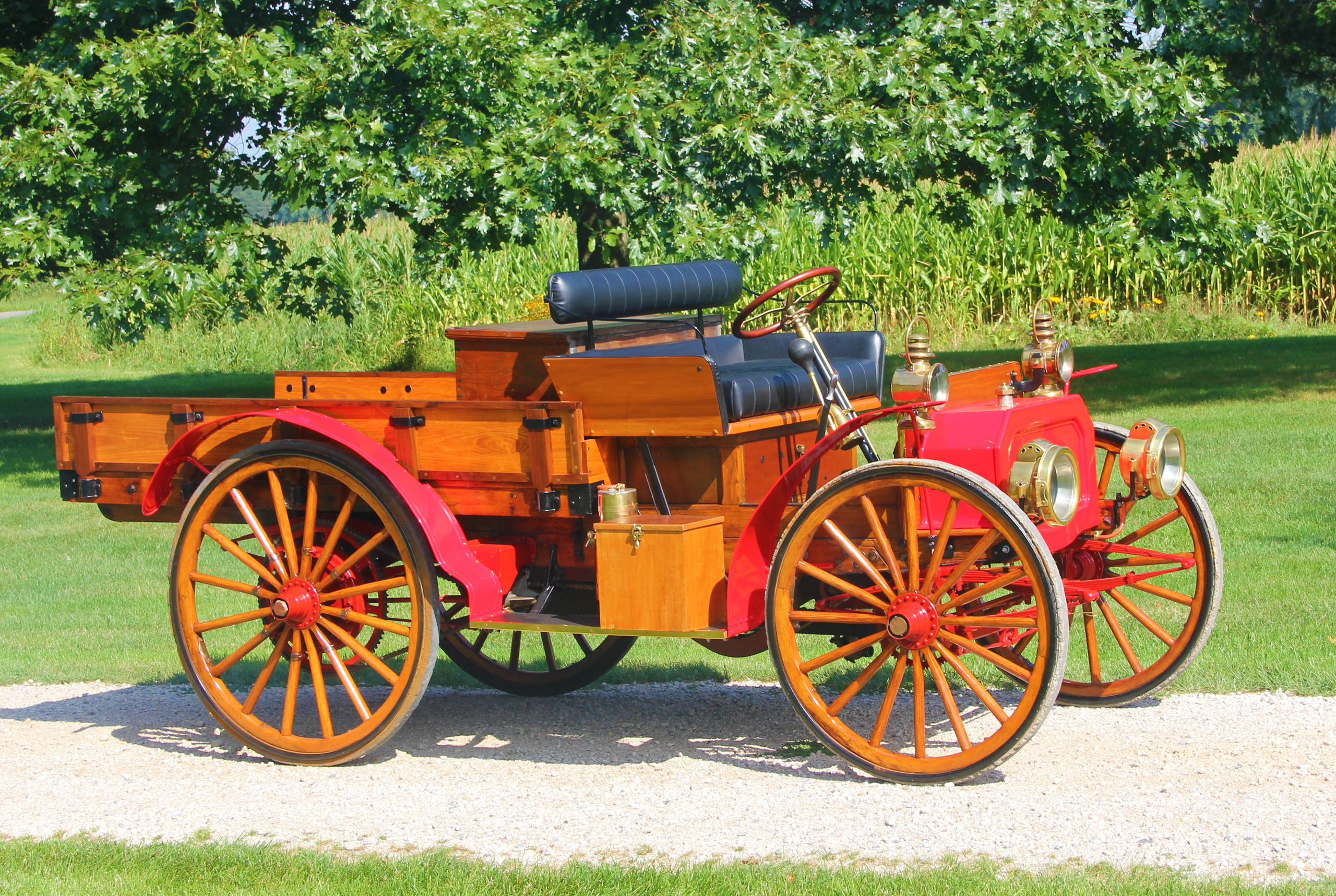 Counted among many advocates in Michigan who have recently contacted lawmakers is David Lyon. The issue grabbing interest? Currently, vehicles registered as Historical in the state are reserved for “exhibition” purposes only and cannot be used for general transportation except during the month of August. If enacted into law, a pro-hobby bill would make the entire summertime exempt from the driving restriction instead of only August—allowing David more time behind the wheel of his 1910 International highwheeler each year. He published the effort’s details in the Kalamazoo Antique Auto Restorers Club’s newsletter, Arc & Spark, to further boost local awareness.

For background on this rare and intriguing car, here is David’s story about his experience with it and why the design is historically important:

“The highwheeler is America’s car” wrote Beverley Rae Kimes, “built exclusively in America to solve a problem that was exclusive to America; primitive roads.” Many Americans were not receptive to the noisy and smelly horseless carriage, nor were they amused by the almost constant failure of pneumatic tires. The highwheeler had a carriage style which was attractive to the horse owner. The 42”- 48” tall hard rubber wheels carried it over the rocks, roots and ruts which littered the roads in the dry season and through the mud and the mire in the wet season. The controls were simple and resembled those for a carriage.

I returned home from a local swap meet and tentatively announced that a vendor had posted a photo of a 1910 International Buggy on the for-sale board. “Did you buy it?” queried my wife. “Well, no I replied, but I have his cell number.” “You better call before it’s gone,” she advised. That spring, we picked up the car in Michigan’s Leelanau Peninsula where it had labored in the orchards until 1937.

The International needed restoration. It was restored with new wood, including walnut trim boards from trees felled on the farm. The Amish built and upholstered a new seat based on photos with an open backrest that gave it an early appearance. The International was delivered without paint and when farmers painted the barn, they often painted the pantry cupboard and the farm wagon. The fenders are red for that reason, and were finished by a hot rod enthusiast. I was accused at one show of having two-stage paint on the car, although the painter used old stock single-stage.

The International highwheeler was built in Akron, OH, from 1909 to 1916, but was styled only as a truck after 1911. “It is built as nearly as possible like a buggy. This type of vehicle has been serving the country-town and rural people for years, and there is no reason why a simple motor vehicle of this type cannot serve them in the future” opined the company management in 1908. 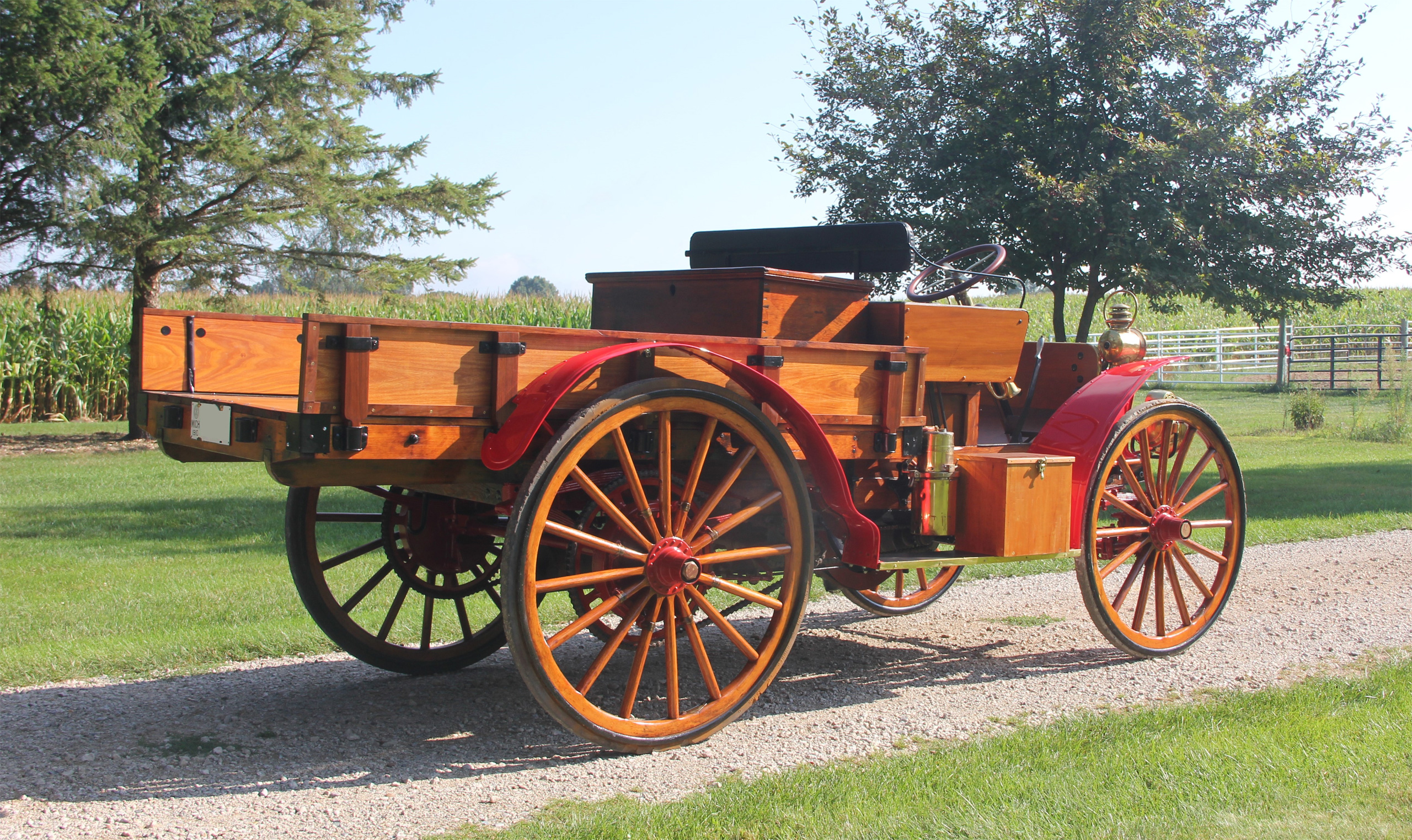