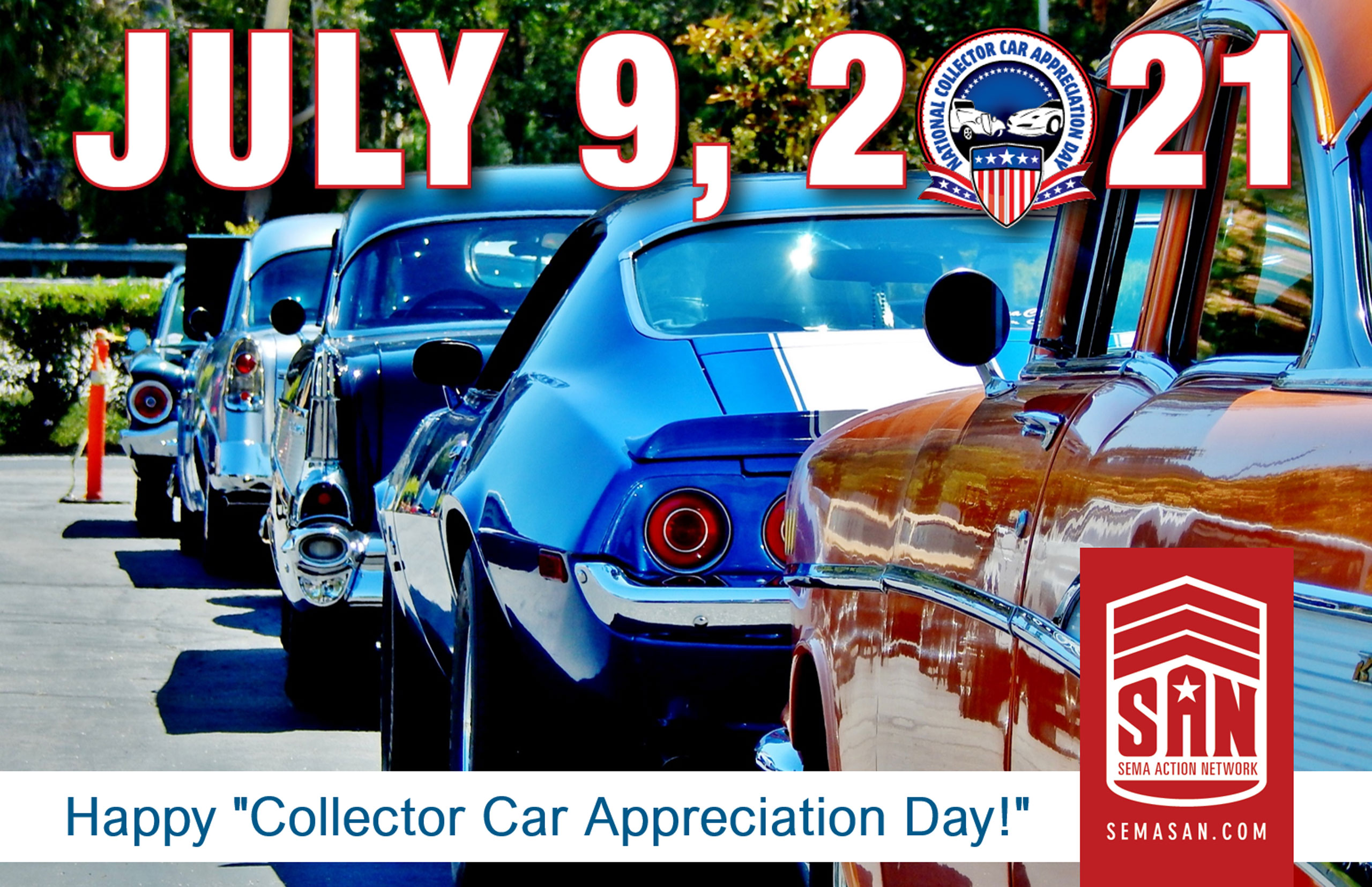 Today, automotive enthusiasts nationwide are celebrating this year’s Collector Car Appreciation Day (CCAD)! The SEMA Action Network (SAN) encourages you to find and attend an event near you—use the link below for the official list posted on the CCAD homepage. Post on social media using the hashtag #CCAD and tag the celebration’s Facebook fan page: @CollectorCarAppreciationDayCCAD

Earlier this year, the U.S. Senate passed Senate Resolution 292 (S. Res. 292) at the request of the SAN recognizing July 9, 2021 as CCAD. A similar resolution was introduced in the U.S. House of Representatives (H. Res. 491). The date marks the 12th commemoration of what has become an annual event to celebrate and raise awareness of the vital role automotive restoration and collection plays in American society.

Thank You for Honoring Our Automotive Holiday!

Please spread the word to others! Use the following SAN website link for full details. 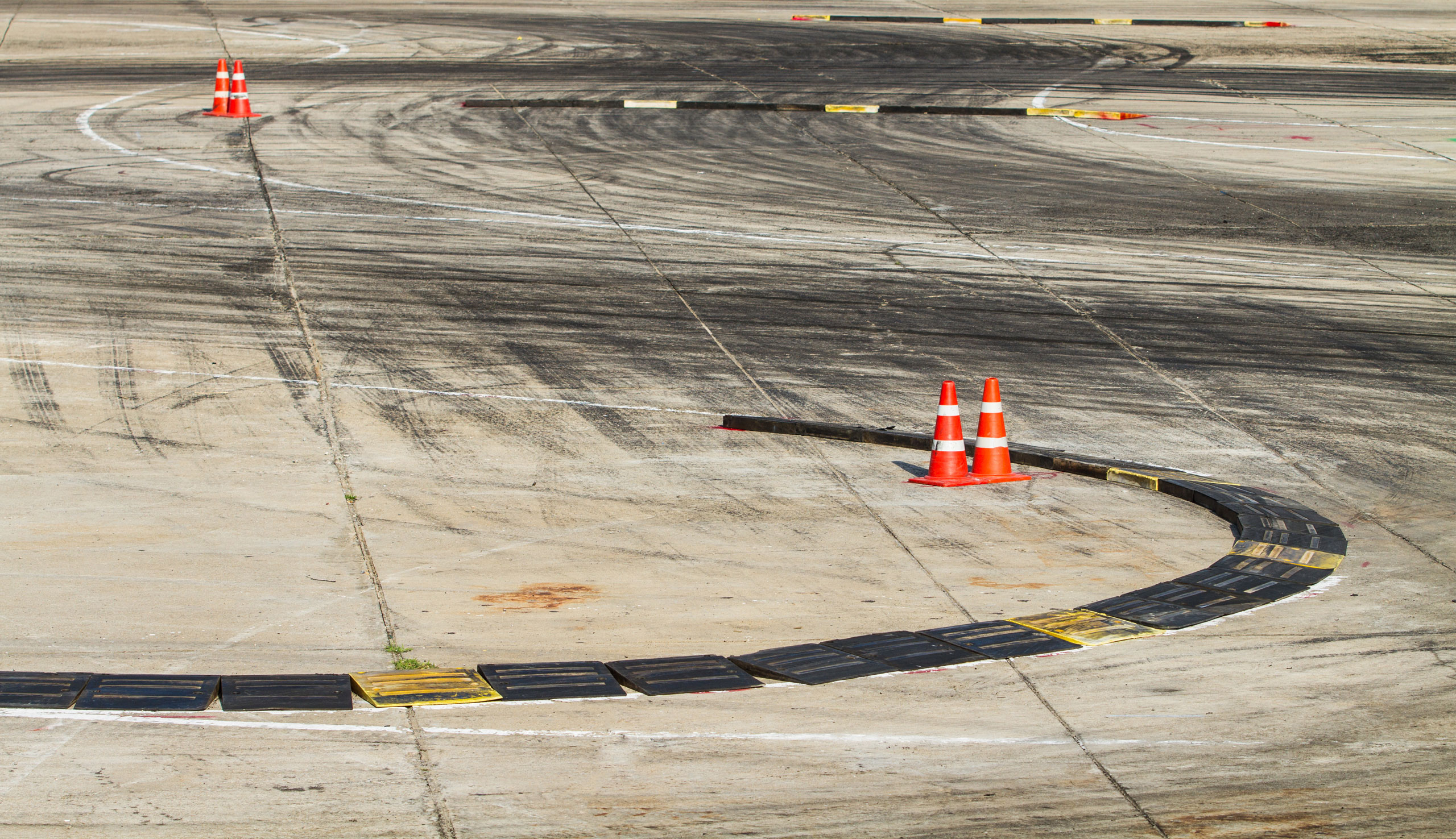 RPM Act Gains Steam in the U.S. House of Representatives

Rep. McKinley’s support for the RPM Act is particularly noteworthy. Rep. McKinley serves as the Ranking Member of the House Energy & Commerce Subcommittee on Environment and Climate Change, which has jurisdiction over the legislation. The Congressman cosponsored the RPM Act bill as a result of the strong support that his constituents voiced for the legislation and the importance of the bill to the racing community in West Virginia. Rep. McKinley also cosponsored the RPM Act during the 2019-2020 session of Congress.

The RPM Act must be enacted into law to guarantee your right to modify street cars, trucks, and motorcycles into dedicated race vehicles, and ensure that industry can offer parts that enable racers to compete. It is imperative that lawmakers continue to be reminded of the importance of passing the RPM Act. Currently, 82 members of the House have cosponsored the bill. See the current list of RPM Act cosponsors using this link, and don’t forget to ask your U.S. Representative to support the bill and fight for it to become law—here’s how:

During his time in Congress, U.S. Representative Richard Hudson (R-NC) has proven himself to be a defender of motorsports. Rep. Hudson is the lead Republican co-sponsor of H.R. 3281, the Recognizing the Protection of Motorsports Act of 2021 (RPM Act), and is a passionate racing fan. As the hometown Congressman for the Charlotte Motor Speedway and much of the race parts industry, Rep. Hudson is the only member of Congress who prominently displays the hood of a racecar in his Washington, D.C., office.

Rep. Hudson is a leading voice on the U.S. House Energy & Commerce Committee for the RPM Act and has questioned the two past EPA administrators during public hearings about their position on the conversion of motor vehicles for racing.

Watch the video to learn more about Rep. Hudson and then sign the letter asking your legislator to support the RPM Act. Use this link to see the current list of RPM Act co-sponsors.