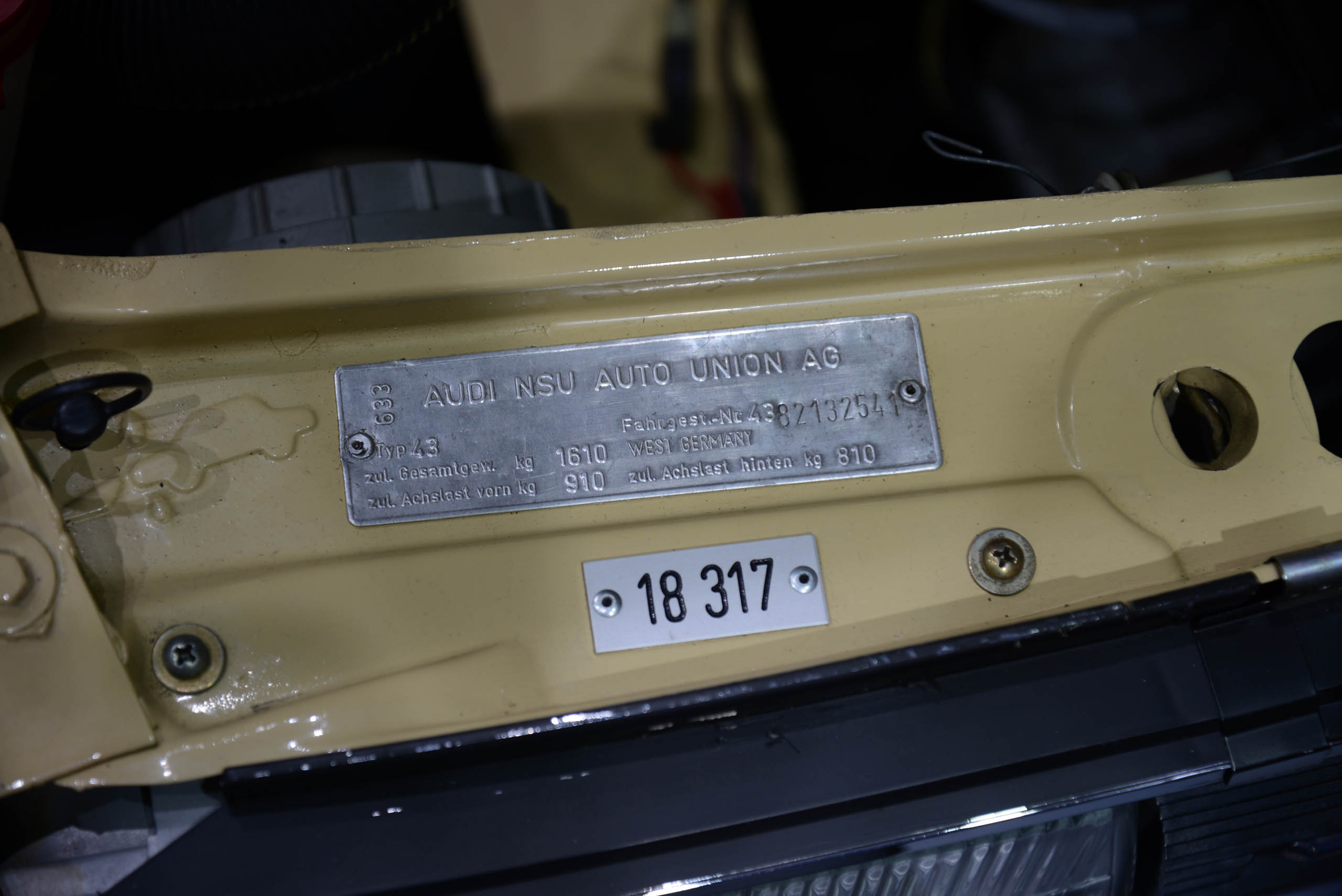 Everyone from the biggest car enthusiast to your average Joe has a dream car. You know: the car. The car you fantasized about since you were 16. The one that you gawk at on the street or at car shows. The car that you spend years saving for. The car that, when you see it, your heart races and you get butterflies in your stomach.

Imagine finally getting your hands on your coveted dream car only to have the state seize it as "contraband," with the state intending to destroy it. Well, such was the nightmare case for one Kansas enthusiast.

Richard Martinez spent decades looking for his dream car—a red and white 1959 Corvette convertible with a hard top—and finally found it at a dealership in Merrillville, Indiana, in 2017. He bought it for $50,000 and brought it back to Kansas to register, expecting to drive his prized car on the streets in no time. The Kansas Highway Patrol (KHP) had other ideas.

KHP seized the Corvette as "contraband" at a routine state inspection when the inspectors found new rivets on the dashboard VIN plate, suggesting that the VIN plate had been removed. In fact, it had been removed years earlier during the car's restoration process and then reinstalled.

According to Kansas state law at the time, police were required to seize and destroy any car on which the VIN "has been destroyed, removed, altered or defaced." Although KHP declared Martinez innocent of any wrongdoing and found that nothing was removed from the vehicle with nefarious intent, his car was still slated for the crusher.

Under the law, there was no exception for a car lawfully purchased by someone who had no reason to be aware of its VIN issues. Martinez filed a lawsuit in the hopes of saving his dream car, which has been sitting in an impound lot in Topeka, Kansas, since its seizure.

SEMA learned of Martinez's problem in late 2021 and immediately enlisted the help of a committed ally in the Kansas State legislature: Representative Leo Delperdang. As SEMA's 2021 recipient of the Stephen B. McDonald Lawmaker of the Year award, Representative Delperdang has a proven history of pro-hobby advocacy, championing an effort to ease restrictions on vintage vehicles eligible for antique registration. Eager to prevent what happened to Richard Martinez from happening to any citizen of Kansas, Rep. Delperdang introduced H.B. 2594.

The Kansas House and Senate unanimously passed the bill, and Governor Laura Kelly signed it into law this spring. The new law ensures that restorers do not face prosecution for removing a vehicle's identification number during the restoration process. It clarifies that a VIN may be removed from an antique vehicle "if the removal and reinstallation are reasonably necessary for repair or restoration unless the person knows or has reason to know that the antique vehicle is stolen."

Kansas was not the only state to tackle this issue in the 2022 legislative session. Arizona passed SEMA-supported legislation to allow full restoration of pre-1981 vehicles, including temporary removal of the VIN when necessary.

The new law allows for the removal and reinstallation of a VIN if the vehicle was manufactured before 1981 and if the removal and reinstallation is reasonably necessary for repair or restoration. Before Governor Doug Ducey signed the bill into law, enthusiasts in Arizona who intentionally removed or altered a VIN—regardless of reason or vehicle model year—were guilty of a felony.

The biggest opponent of VIN removal exceptions for restorers is law enforcement. Some argue that VIN-tampering laws aid law enforcement in their ability to catch car thieves and deter thefts. They believe that laws like the ones passed in Kansas and Arizona could allow the states to become havens for stolen cars and chop shops. While this claim is a valid concern, wary citizens can rest assured that police will still be able to enforce existing VIN-tampering laws against bad actors.

The laws passed in Arizona and Kansas seek to narrow the scope of VIN tampering by adding clarifications to similar laws that are already in place. The new laws protect classic-car restorers and owners by creating an exemption that allows them to bring their dream cars back to their full glory.

Other states have tried to enact less severe VIN-tampering laws. Colorado statutes declare as contraband any vehicle that has its identification number removed, defaced or altered. The state then grants the person from whom the property was seized a post-seizure hearing to plead his or her case, giving them the chance to prove their ownership.

Illinois changed its laws in response to a court case where the circumstances were quite similar to Martinez's. In 1979, Allison Bridegroom purchased a brand-new 1979 Pontiac Grand Prix, unaware that the VIN number on the vehicle was a false identification number that belonged to a car registered in Texas. Under Illinois law at the time, the vehicle was to be seized and sold by the state. Bridegroom filed a lawsuit that ended up at the Illinois Supreme Court, where it was determined that Bridegroom was innocent of wrongdoing and that seizing his car violated his right to due process.

This incident sparked Illinois to amend the law to leave an exemption for owners who were unaware of any VIN tampering on the vehicle. Current Illinois law states that vehicles are not considered contraband if the owner is unaware that the manufacturer's VIN has been removed, altered, defaced, falsified or destroyed. This prevents the state from taking the vehicle and allows rightful owners to keep their prized cars.

While Colorado and Illinois laws are friendlier than those in other states and prevent innocent owners from getting caught up in the system, they do not go as far as they need to. Every restorer should have the right to thoroughly restore a vehicle into award-winning condition without fear of being prosecuted for tampering with a VIN.

SEMA's government affairs team is working to ensure that right nationwide to prevent what happened in Kansas from happening anywhere else. This is just one example of how SEMA stays on top of emerging issues and is at the forefront of protecting the automotive hobby. 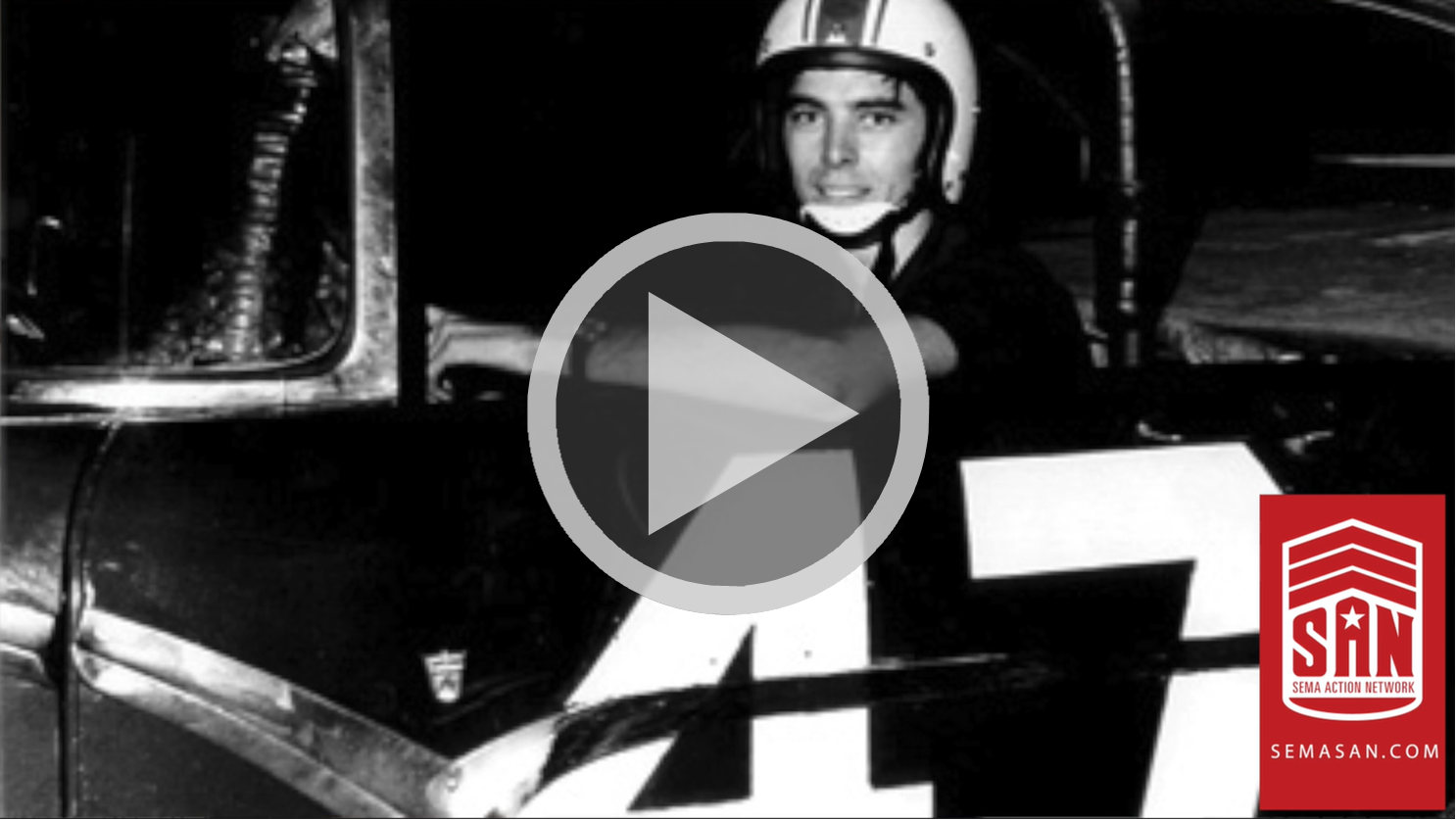 U.S. Representative Bill Posey (R-FL) is co-chair of the SEMA-supported Congressional Automotive Performance and Motorsports Caucus in the U.S. House. He is also a House co-sponsor of resolutions recognizing the annual Collector Car Appreciation Day (CCAD) celebration held in July. Growing up near Los Angeles, Rep. Posey spent his early days attending races with his father. It was not long until he found himself behind the wheel, racing Midgets at age 5. Over the years, he's counted between 20 and 30 race cars among his collection, however, he's recently focused his attention on collector cars. In 2011, he participated in the first leg of the Hot Rod Power Tour behind the wheel of his '66 Chevrolet Chevelle Malibu. Not only is Rep. Posey an auto enthusiast, he is among the federal lawmakers running for re-election in 2022.

The 2022 election season is now in high gear with states holding primary elections.  For information on voting in the primary (including absentee and early voting), registering to vote and identifying your lawmakers and the candidates running in 2022, use the link above.