DID YOU KNOW? In addition to free resources designed for true enthusiasts—like emissions and exhaust noise toolkits—the SAN also keeps tabs on proposed laws for cars and trucks in all 50-states? Protecting your rights is cost-free, easy, and more important than ever. Subscribe for breaking updates in your state:

This webpage provides an overview of the new federal replica car law. It will be periodically updated as the SEMA Action Network (SAN) works with federal regulators to implement the program rules.

On Dec. 4, 2015, lawmakers in Washington, DC enacted legislation allowing low volume manufacturers of replica cars to sell turn-key cars to their customers. The historic law expands customer options. Enthusiasts can still build custom cars and construct kit cars on their own. However, they will also have the option of buying a replica just like any other new car and driving it off the lot (or from the factory). The completed replica vehicles will meet current model year clean air standards. On March 9,2022, NHTSA issued a regulation allowing companies to register with the agency and begin selling fully-functional cars.  Replica car companies are now gearing-up their operations. 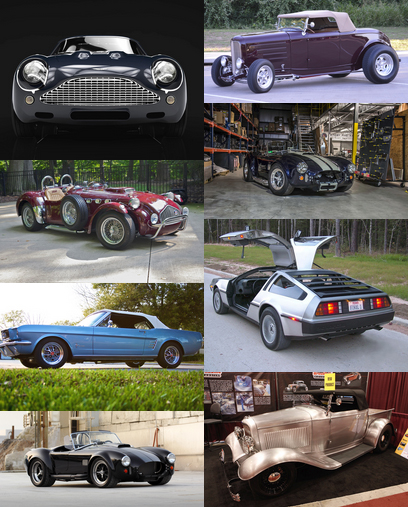 After nearly six decades, the law establishes a separate way to oversee low volume manufacturers who, until now, were subject to a one-size-fits-all regulatory framework intended for companies that mass-produce millions of cars. Lawmakers understood that a car produced in 1931 is different than a 2020 vehicle, and therefore adopted the kit car approach that treats the car as automobile equipment. The law also addresses supply/demand realities – a limited supply of vintage vehicles and a much larger enthusiast base. The law will spur job creation and help preserve America’s automotive heritage in the United States and abroad.

It took over six years but the National Highway Traffic Safety Administration (NHTSA), U.S. Environmental Protection Agency (EPA), and California Air Resources Board (CARB) have completed rules governing the replica car program. Companies are now gearing-up to produce the vehicles and install EPA or CARB certified engine packages installed in the cars. To follow is the current status:

If you have questions, contact Stuart Gosswein at stuartg@sema.org.