Federal Legislators Who Support the Hobby 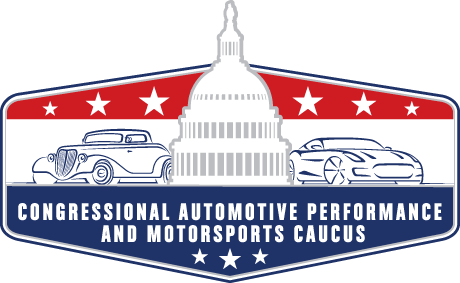 The American automotive specialty and performance industry is an important economic engine, with consumer sales of motor vehicle performance and appearance enhancement equipment annually over $45 billion, while providing jobs for a million Americans.  Growing exports of these U.S. products have been welcomed by consumers worldwide and have helped the U.S. balance of trade.  The motorsports industry has also grown tremendously over the years to where today hundreds of thousands of amateur and professional participants enjoy motorsports competitions each year throughout the United States, attracting attendance in excess of 18 million people.  Motorsports events rank among the most widely attended of all U.S. sports.

Another aspect of our nation’s heritage which has played an integral role in fostering America’s love for motorsports in general and the automobile in particular is the collector car.  From pre-War classics to street rods to ‘60s muscle cars, these vehicles, so carefully crafted and preserved, not only stand as testimony to American ingenuity and craftsmanship, they also serve as a resource for contemporary automobile design and as a source of recreation for tens of thousands of enthusiast and collectors throughout the U.S. who attend events dedicated to these vehicles.

Just by the nature of its existence, the Caucus is already raising the industry’s profile on Capitol Hill and in the eyes of the public.  The Caucus does not seek to reach a consensus on legislative issues.