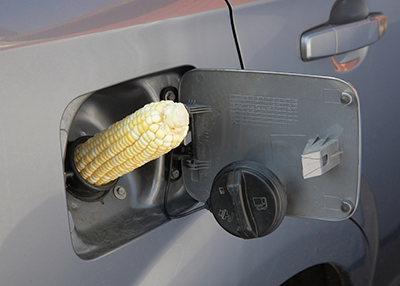 Much like the state legislatures, the offices of federal lawmakers are in similar flurries of activity. Fortunately, congressional measures impacting ethanol fuel, tire-pressure monitoring systems and public lands are in the works—each benefitting car enthusiasts. Thus, the following efforts are currently being supported by the SEMA Action Network (SAN):

E15 Ethanol: The SAN is working to enact legislation that would cap the amount of ethanol blended into gasoline at 10% and eliminate the Renewable Fuel Standard’s (RFS) corn-based ethanol requirement. The “Renewable Fuel Standard Reform Act” would protect consumers by repealing the EPA regulation that permitted fuel to be blended with ethanol at up to 15%. The bill would also eliminate a RFS mandate that 15 billion gallons of corn-based ethanol be blended into the U.S. fuel supply on an annual basis each year from 2015 through 2022. While the RFS was designed to reduce U.S. dependence on foreign oil, it did not take into consideration the fact that ethanol can cause metal corrosion and dissolve certain plastics and rubbers, especially in older cars that were not constructed with ethanol-resistant materials. The SAN has joined with more than 50 other organizations from the auto/boat industries to the food, energy and environmental community to support passage of the legislation.

National Monuments: The U.S. Congress is soon expected to take up SAN-supported legislation to ensure public participation when a “National Monument” is established. Under current law, the President has the authority to declare public land with “historic or scientific interest” to be a National Monument. While this designation does not immediately close any roads, it prohibits new roads or trails for motorized vehicles and will require drafting of a new land management plan. President Obama is under pressure to establish several monuments, including a 1.4 million acres “Greater Canyonlands National Monument” in Utah leading to the closure of 1,050 miles of off-road trails. The SAN-supported bill would require the President to complete an environmental review under the National Environmental Policy Act (NEPA) before designating more than 5,000 acres as a national monument. This would ensure public involvement and consideration of the economic impact on local communities from such a designation.

TPMS Study: The National Highway Traffic Safety Administration (NHTSA) is going to conduct a public survey on the effectiveness of tire-pressure monitoring systems (TPMS). The equipment is intended to warn drivers of significant underinflation of tires. The systems became standard equipment on all light-duty vehicles as of 2007. A 2011 study found that TPMS was generally 56% effective in preventing severe underinflation but less effective in older vehicles. In the current survey, the NHTSA will focus on consumer knowledge and awareness of these systems and also seek to identify the causes of any TPMS malfunctions and costs to repair.

For the complete list of Legislative Action Alerts, visit semaSAN.com/Alerts.