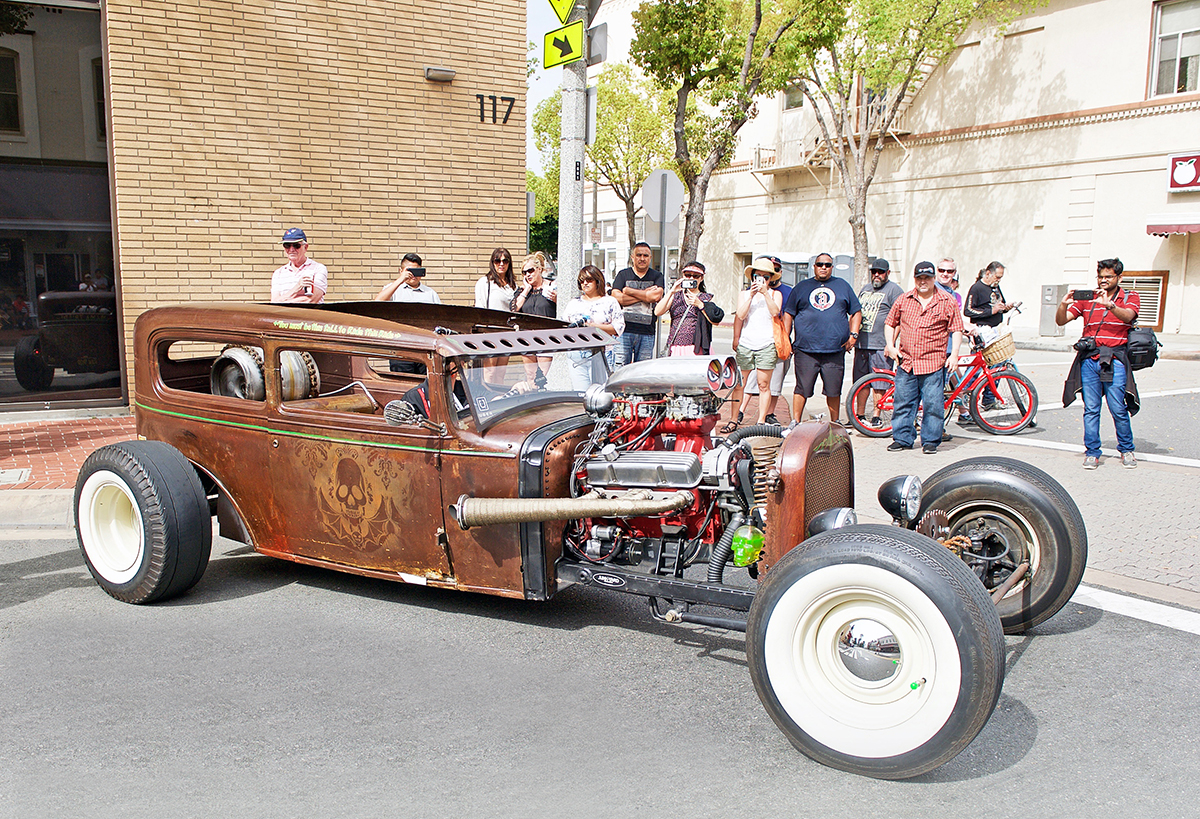 Love it or hate it, the modern “rat-rod” trend is crowd-forming. This niche remains one of the most polarizing in our hobby.

The phrase “dream car” is meant to be purely symbolic. Perhaps the plural version, “dream cars,” should be more widely adopted. Everyone with an automotive interest can relate to the personal nature of their choice rides. One special vehicle usually leads to a number of others—whether in reality or fantasy. No matter its size, a physical four-wheeled collection can often be organized. Some automotive stables are narrow in scope but wide in number. Others are quite the opposite.

In the “Land of the Free,” individuality is celebrated. Collectors may focus on a specific brand, model, era, style or other characteristic. There are those that prefer a “matched set” of complementary vehicles. The most hard-core purists are concerned with factory originality. Meanwhile, those on the opposite side aim to push long-standing boundaries, reimagine traditions or even blatantly defy convention. Each form of creativity has its own merits. In this hobby, there is plenty of room for all types.

One’s own choices make our hobby fun and diverse. As more varieties of vehicles and styles are created, opportunities to enter the community on one’s own term continue to expand. Well-known lines are being broken just as much as they remain the same. From coverage of car and truck shows to television shows and online offerings, there is a wider range of influences than ever before. The Collector Car Appreciation Day (CCAD) “holiday” is a perfect symbol of how four-wheeled diversity can be celebrated each year—after all, it represents the classics of the present and the future. No matter one’s personal preferences, the driving force at an enthusiast’s core is overwhelmingly the same: a raw expression of self. Powerful feelings of pride usually develop around the subject.

There is a dark downside to personal expression. The intensity fueling one’s personal passions is a danger when turned on those with an opposite taste. The same ability to applaud is now increasingly used to degrade. Sadly, the former’s positive effects are no match for the latter’s potential to cause decay. “Bullying” can describe this age-old practice. As the wonders of technology have emerged, an unintended negative consequence was opened. These days, “cyber-bullying” is commonly used lately to describe such actions taking place online. There has never been an easier time to criticize others so directly and so publicly. Dismissive reviews and unreasonable comments posted to websites and social media provide countless examples. Hiding behind the anonymity of a keyboard has enabled so-called “trolls” the ability to reach masses using the internet.

The freedom of choice has never been clearer: let’s individually decide to be constructive rather than destructive. Sure, the temptation to put down the expression and dreams of others will always exist. Everyone is guilty of making judgments—even if only silently. Not everyone will agree on the positions of others, and that’s okay. Healthy debate is a cornerstone of modern civilizations. But at what cost should common decency be sacrificed? Perhaps the negative thoughts should be kept to one’s self for the well-being of our larger community. Like my pal Tom Vogele recently wrote in the NSRA’s StreetScene magazine, “try civility, it’ll make you feel good.” A little politeness can go a long way.

How does the act of being respectful and sensible apply to the SAN’s mission? There is great value in obtaining greater involvement throughout all legislative efforts. While enthusiasts will not always share common opinions on an issue’s impact, unified action is crucial and must be taken throughout the process. As vehicle owners who are directly impacted by proposals in your region, you and your fellow residents are usually the most important source of institutional knowledge on any given subject. You also have the most effective voice in shaping the course of rules on your home turf. Along with a community’s hard work and quick action, conversations with lawmakers can make possible favorable changes to a bill before enacted into law. Personally reaching out to provide feedback and offer support early on in the process can be especially helpful in the early stages. Bottom line: we all benefit when emotions are channeled constructively.

As we find and monitor automotive bills nationwide, SAN contacts will continue receiving updates direct to inboxes when it matters most. Help ensure you are heard early in the process going forward. Stay informed on current legislative initiatives at the state and federal levels. Ask others to sign up as well: www.semaSAN.com/Join. Of course, joining our ranks is completely free of charge with no strings attached. Thank you for continuing to fight the good fight!