On July 13, thousands paid tribute to the automobile in honor of the ninth annual Collector Car Appreciation Day (CCAD). Intended to honor the classics of the past and the future, a wide range of official events (numbering more than 150) were held throughout July in the United States and Canada to commemorate the day.

The celebration was designated with SEMA-requested companion resolutions introduced in the U.S. Congress by co-chairs of the SEMA-supported Congressional Automotive Performance and Motorsports Caucus. These resolutions recognize “that the collection and restoration of historic and classic cars is an important part of preserving the technological achievements and cultural heritage of the United States.”

With our hobby’s “holiday” continuing to grow, lawmakers in states, provinces, counties and local areas all over the United States and Canada are issuing their own resolutions to mark the day’s significance in raising awareness of the vital role the automotive pastime plays in our society. In fact, the states of Louisiana, Mississippi, West Virginia and Wisconsin, as well as the Canadian Provinces of Alberta, British Columbia, Manitoba, New Brunswick, Newfoundland and Labrador, Nova Scotia, Prince Edward Island and Saskatchewan adopted their own recognitions honoring the occasion.

A detailed summary and online photo gallery of CCAD festivities is available on the SAN’s website at www.semaSAN.com/CCAD. Special thanks to everyone who made this year’s celebration a memorable one. Stay tuned for the announcement of next year’s CCAD! 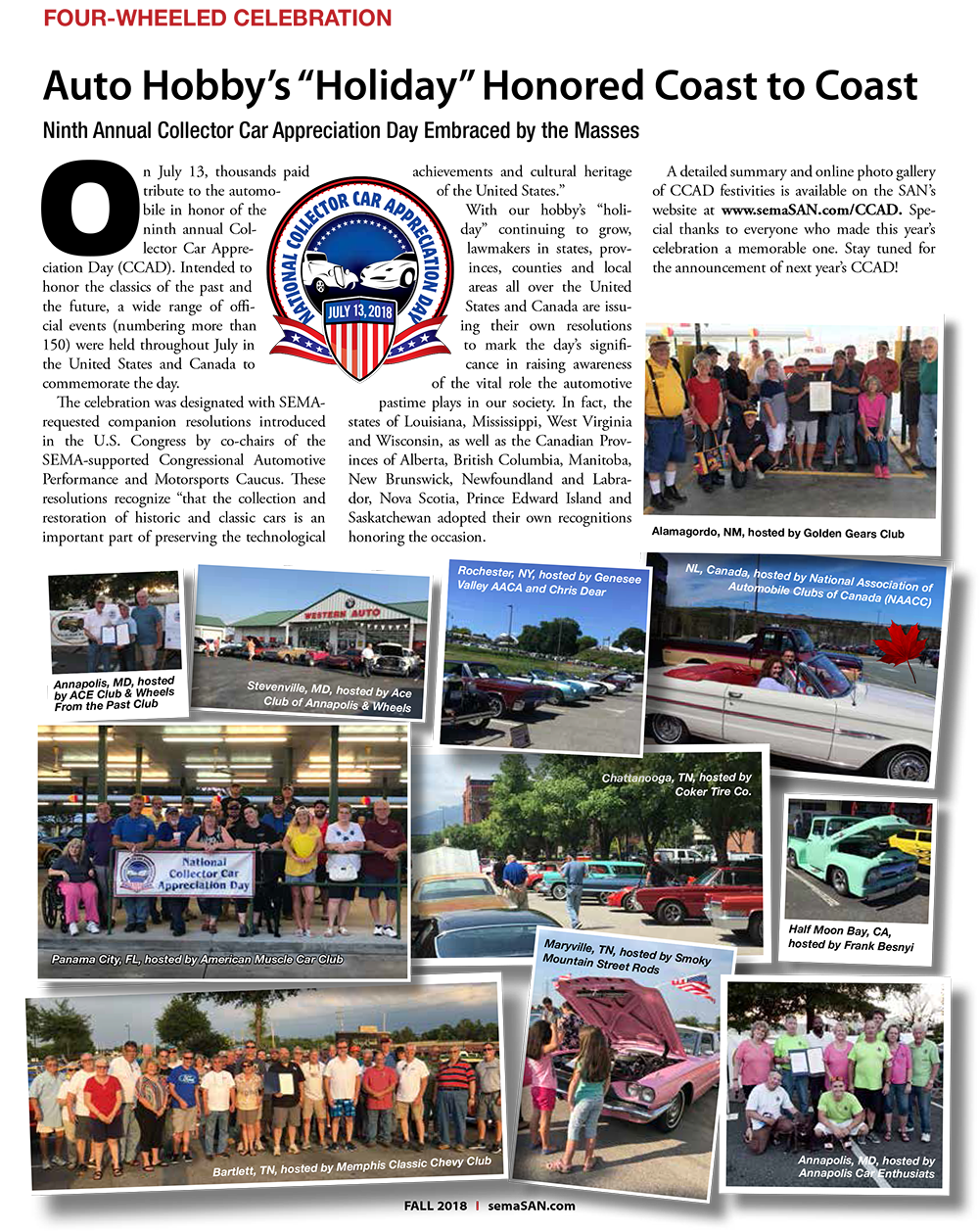 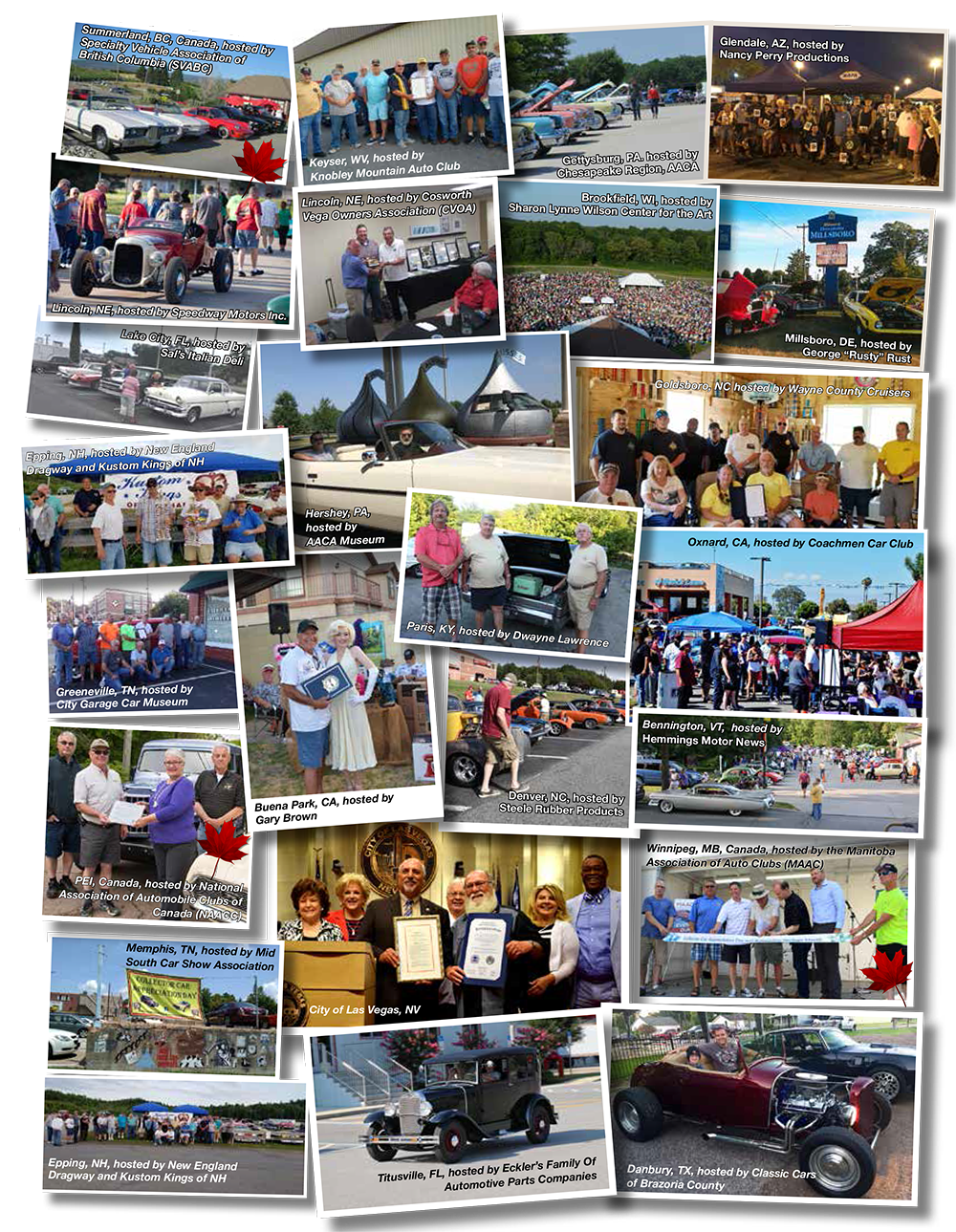