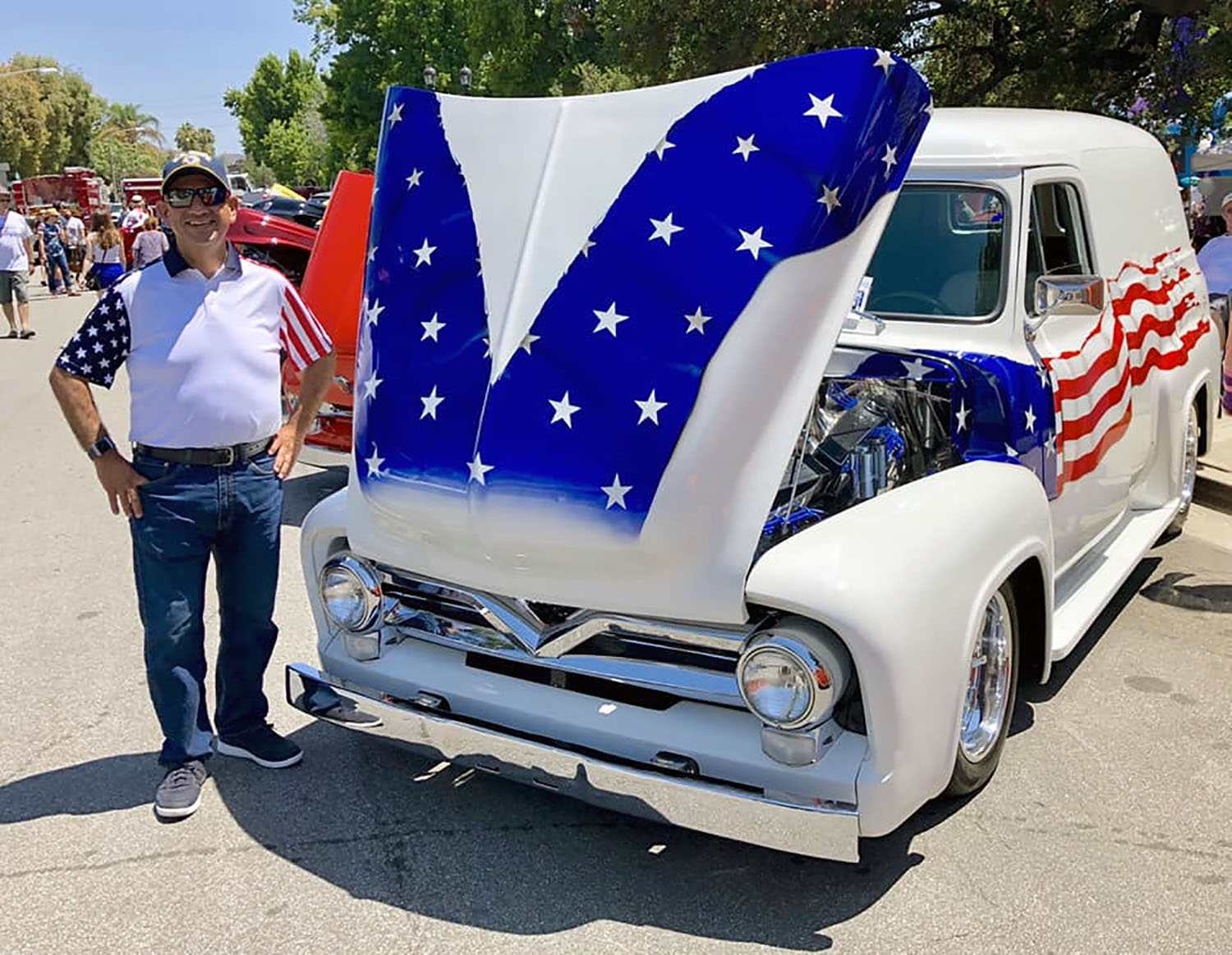 One of the major perks of working at SEMA has been exposure to a wide array of interesting personalities. Like so many, I grew up inspired by the countless influential talents found in the automotive field. No question that the heavy-hitters today are as diverse a crowd as ever. The well-known faces and brands are usually linked to a unique style of craft, innovation or entertainment. While I don’t always share the same taste, I can appreciate such expression. At the end of the day, we enthusiasts are united by a common thread: the love and dedication for all things four-wheeled.

In my role with the SEMA Action Network (SAN), the “who’s-who” roster includes folks I never considered meeting: elected officials. I’d falsely assumed that nobody in government shared my sense of fun with four wheels prior to this position. Through in-person experiences with lawmakers and staff, my perception has been proven wrong. It turns out that cars and trucks transcend just about every line—even political parties! It’s been so refreshing to meet legislators in my home state who have a similar affection.

I first met this edition’s cover subject, California Assembly Member Tim Grayson (D-CA), as well as his wife Tammy, at the 2018 SEMA Show. It didn’t take long to recognize a kindred spirit. He was excited about the possibility of taking a hot lap in an exhibition Cobra outside the Las Vegas Convention Center. In fact, Assembly Member Grayson believes that his own ’67 Ford Mustang Fastback is a ‘bipartisan car.’ He explains, “My colleagues may have never sat in a musclecar, or even heard one run. And then all of a sudden, they hear that car roar in the basement of the Capitol. It gets their attention—and some of them become very passionate. It causes us to lay down our differences and to appreciate something that is complete Americana all the way.”

The life experiences of freshman Congressman Gil Cisneros (D-CA) are fascinating. He represents California’s 39th District, which is home to SEMA’s Diamond Bar headquarters. A first-time elected official, Rep. Cisneros served 10 years in the Navy, reaching the rank of lieutenant commander. He served in the Persian Gulf during Operation Desert Shield and later worked as a shipping and production manager for Frito-Lay. Rep. Cisneros has a bachelor’s degree from George Washington University, an MBA from Regis University and a master’s from Brown University. 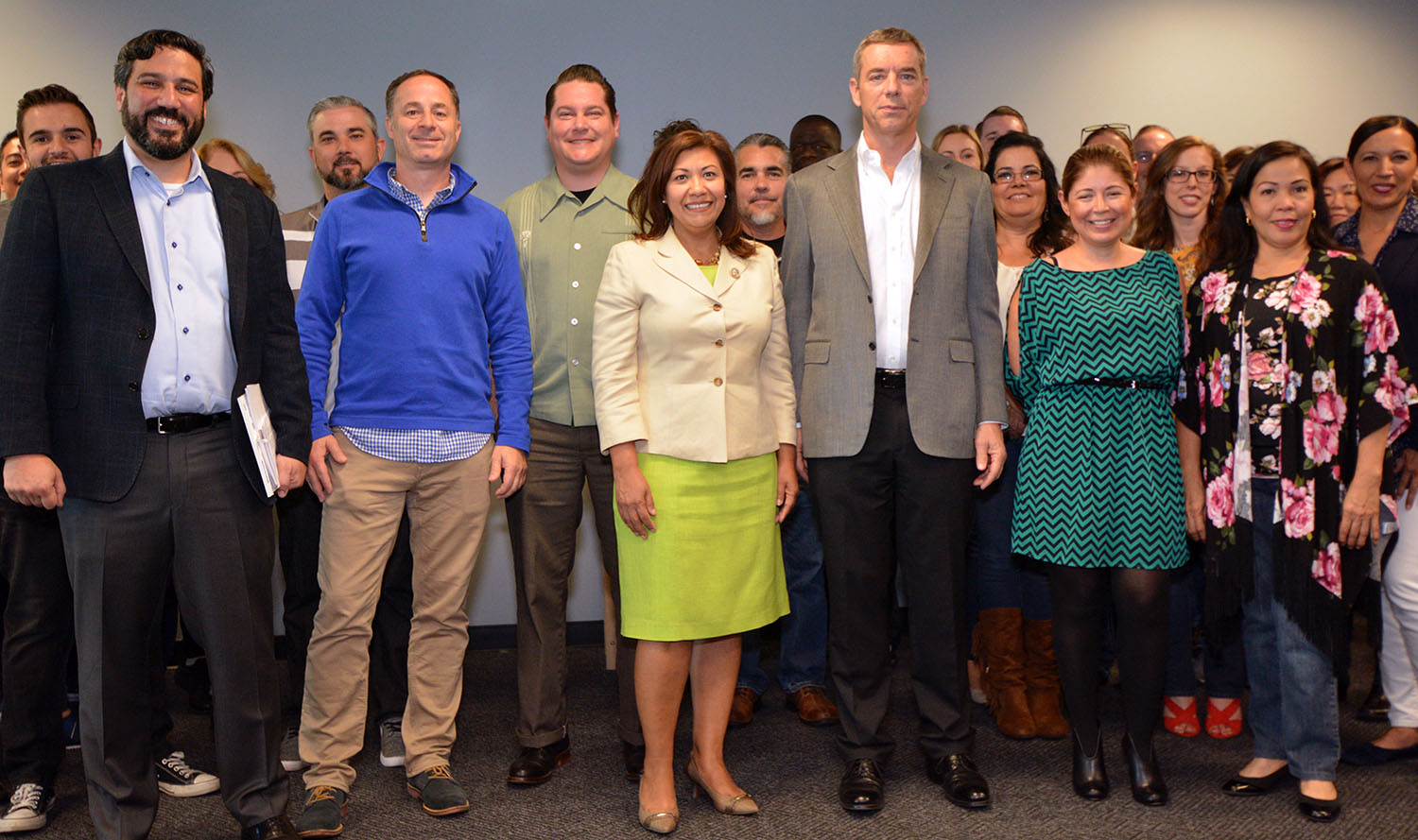 When Rep. Cisneros recently paid a visit to my workplace, it was his passion for Corvettes that struck a chord with me for obvious reasons. “Growing up, my dad and I bonded over our love of cars, and I have many fond memories working on his old ’56 Chevy,” he said. “Although I was a proud Corvette owner, I’ve since been forced to trade it in for a minivan following the birth of my twin boys.”

I was unaware that U.S. Representative Norma Torres (D-CA) had her own meaningful connections with our hobby. As a constituent in the 35th District, I’ve sent her office many personal messages on automotive issues for consideration as my elected representative in Congress. I’ve learned that when given the opportunity, she’ll proudly mention that she enjoys driving a ’66 Ford Mustang that her husband Louis restored. With that in mind, it was only a matter of time before she too made her way to the SEMA Garage.

During the SEMA Garage tour, Rep. Torres was especially interested to hear about Project Underdog, a special build created with The Fast and the Furious franchise star Sung Kang to work with local youth on customizing a ’72 Maverick. For Rep. Torres, Project Underdog brought her back to the days when she drove a 302-powered ’74 Maverick. Hearing her recount colorful tales to my co-workers and me about time behind the car’s wheel left a lasting impression.

What’s the big takeaway? While you may not have party affiliation or policy views in common, put these aside and give those elected to represent you and your neighbors a fair chance. Make an effort to connect on topics that are revered equally. Rep. Torres summed up the sentiment nicely. “Visiting the SEMA headquarters in Diamond Bar was like taking a trip down memory lane,” she said. “It was great to be around people who have the same passion, love and enthusiasm for hot rods that the greater Inland Empire and I share.” 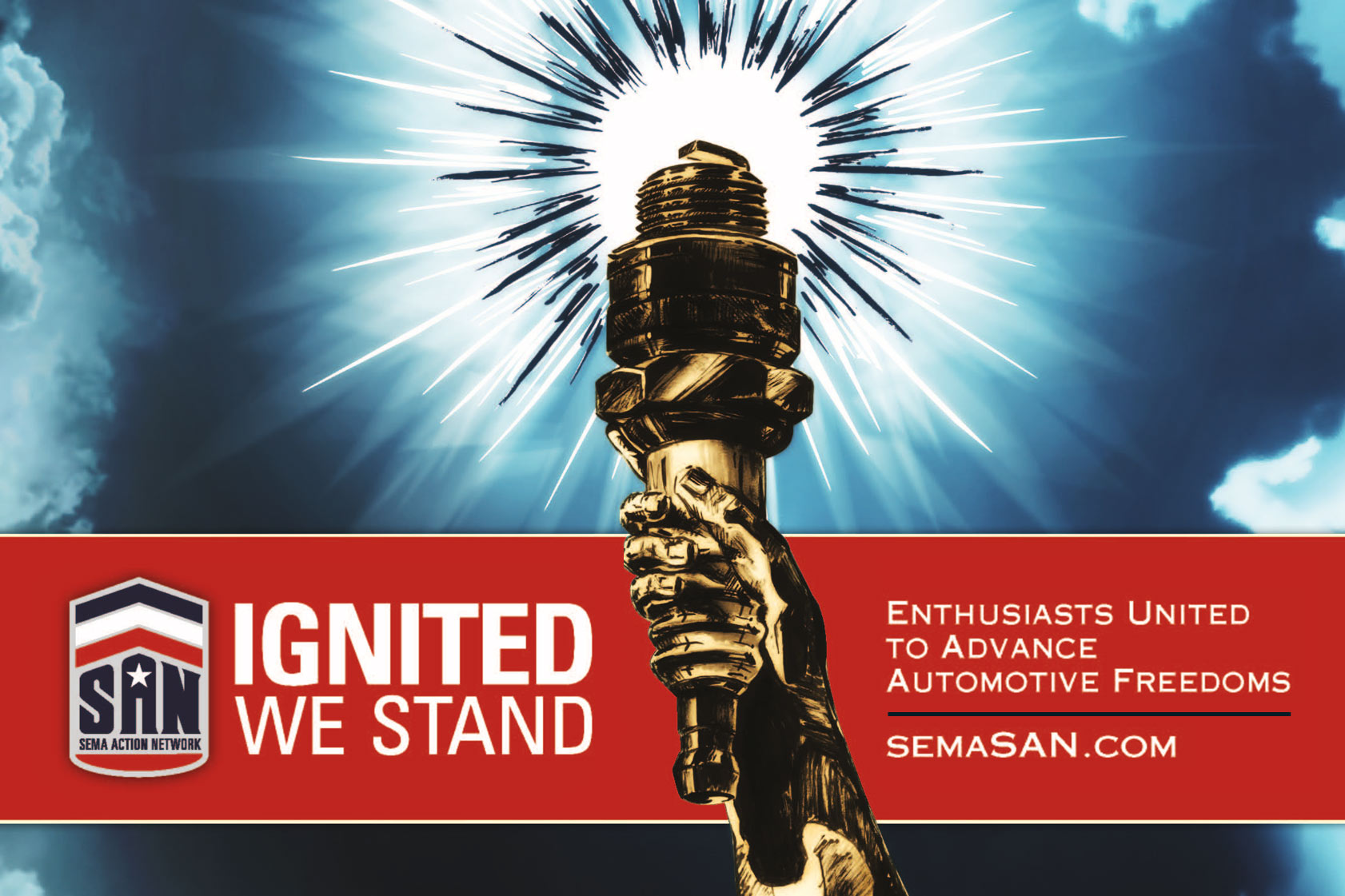 Recent world events have impacted us all.  Rest assured, the SAN will continue to be the voice of auto enthusiasts in state capitols and Washington, DC.  With your help, we’ve already achieved several triumphs this year—thank you!  Meantime, SEMA is working to safeguard our hobby so we can continue to pursue our passion.  For updates, news and resources, please visit SEMA.org/coronavirus. 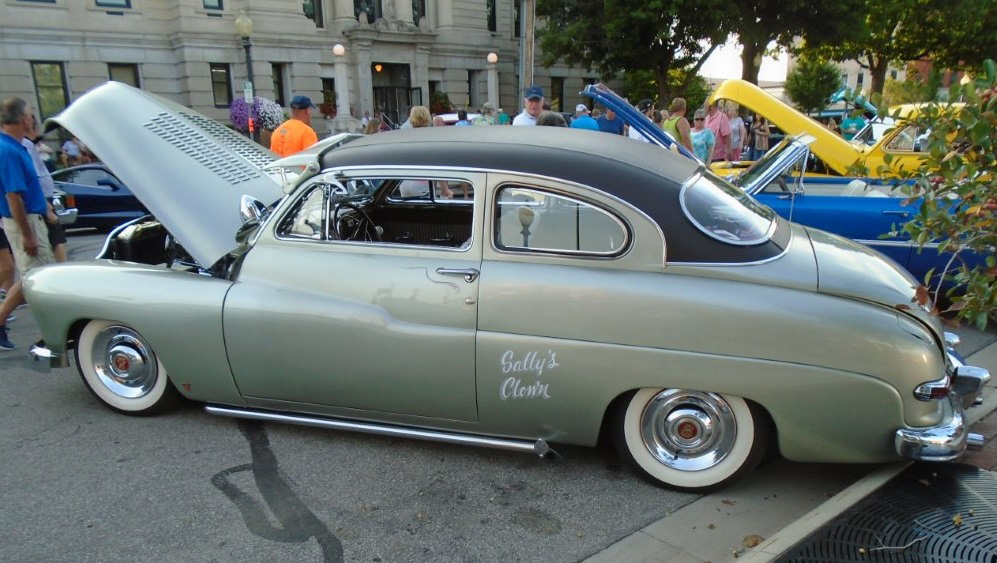 Stewart Rosendaul, a long-time supporter of the SEMA Action Network (SAN), recently shared images of his beautiful mild-custom ‘50 Mercury.  The Bryan, Ohio, resident has owned the 2-door sedan since Fall 1986.  The classic “Merc” is loaded with nostalgic touches harkening back to the hay-day of “lead sleds.”  Custom highlights Include ‘50 Cadillac ‘Sombrero’ hubcaps, a hood punched with more than 160 louvers, GM ‘Lucite Lacquer Pewter Green’ paint, a pin-striped dashboard and chromed interior door moldings.  “The custom vinyl top was actually added years ago—it is not the factory-installed vinyl top available on the Mercury Monterey model,” Stewart details.

What is this project’s most altered feature?

This car is vintage ‘50 Mercury throughout except for the engine and transmission.  The ‘59 Cadillac 390 c.i. engine is almost fully stock with a factory Tri-Power manifold setup.  It is connected to a ‘38 Cadillac LaSalle 3-speed.  This swap was done in stages during the 1990s.  I even modified the Mercury radiator to accommodate the Cadillac engine using single hose outlets.  The engine looks like it came in it from the factory—but it did not!

How does this setup run?

It’s fun to drive and I have no problem keeping up with traffic!

This is not a trailered car—maybe three times in 34 years.  Estimated mileage driven is 45,000 miles.  The picture here was taken a couple of years ago during the Auburn Cord Duesenberg Festival in downtown Auburn, Indiana.

Have you named the Merc?

Yes, “Sally’s Clown”—my wife of 52 years is Sally, so you know who the clown is!